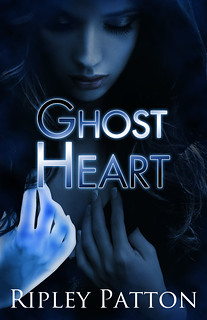 Blurb:
In the aftermath of a brutal tragedy, Jason and Passion are on the run. Marcus is lost beyond reach, and The Hold is in shambles. If that weren't enough, Olivia Black has been taken by the CAMFers to be used as Dr. Fineman's personal lab rat in his merciless quest to uncover the mysteries of Psyche Sans Soma once and for all. But only if he can break her.

Their only hope is Olivia's stubborn determination to thwart her captors and unlock the secrets of her ghost hand before Dr. Fineman can. Will she finally find the strength within herself to embrace the full power of her PSS?

And will it even matter if Marcus has already betrayed her?

Before I started writing The PSS Chronicles, I wrote short stories. Short stories are, by definition, short, and they usually only involve one point of view. So, that's how I wrote them.
Then, I started writing GHOST HAND, a young adult paranormal thriller novel. I had no idea then if it was going to be from one point of view or many. In fact, I first wrote the book in third person, not first person. At that time, the mechanics weren't important to me. I was just getting the story out and following where it led. Yes, that means what you think it does. I don't outline or plan my novels. I'm a pantser. I pick up my laptop, open Word, and trust the story to do the rest.
When I started shopping GHOST HAND around to agents, one of them pointed out that most YA paranormal is told from first person, and since I only had one point of view, Olivia's, that should be easy for me to change to.
I'm not sure it was easy, but it did make the book markedly better and shortened it, as well as giving me a chance to do a major overhaul. It was a good change.
I've heard new writers ask, "How do you know whose point of view to write from?" For me, it wasn't really a choice. It was always Olivia's story so, of course, she told it. She did a great job telling it too, in both GHOST HAND and GHOST HOLD, the first two books of the series.
But then I ran into a problem.
At the end of GHOST HOLD, Olivia gets herself into a lot of trouble. Without spoiling too much, she gets captured by the bad guys and held prisoner. Suddenly, her point of view was extremely limited. She was separated from most of the other characters. There was no way she could tell the entire story that needed to be told in book three, GHOST HEART. I was going to have to leave Olivia and enter the head of some of the other characters to tell the tale.
That idea seemed both startling and scary and exciting. For four years I had written as Olivia. Who would I become now? Which characters would pick up the narrative, and would I be able to make them as real and believable as she was? And different. They had to be themselves. They couldn't be slightly modified versions of Olivia. That would never do. So, I'd written myself right into a new challenge, but I've always liked challenges.
The first question was, "Who do I choose? Who do I write from?"
The answer to that was easy. First, I had to choose two characters that were in key locations to tell the storylines Olivia couldn't tell. Second, I had to choose the characters whose perspective's I most wanted to live in. Immediately I knew. Passion and Marcus. It had to be them. And then I dove right in.
Overall, I found it wonderful to crawl into Passion and Marcus's skin. I learned a lot about them as characters which I think will benefit the fourth book coming out next year, GHOST HOPE. Marcus was probably the hardest because I'm not a guy and never have been. My son helped me with that one. And I came to like Marcus even more than I already did. He is a flawed character to be sure, but I understand him better now.
Yes, leaving Olivia was scary. I wasn't sure I'd like doing it, and many readers expressed the same concern.
But the feedback has been positive. The beta readers and my editors loved the multiple points of view, and I hope you will too. And never fear. There are more perspectives to come in book four. You'll see what I mean at the end of GHOST HEART.And I'm confident you'll love it.

Earlier books in the series: 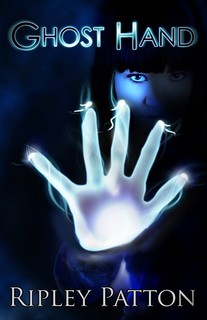 
You can download Ghost Hand for FREE here:
Amazon / Kobo

Blurb:
Seventeen-year-old Olivia Black has a rare birth defect known as Psyche Sans Soma, or PSS. Instead of a right hand made of flesh and blood, she was born with a hand made of ethereal energy.

How does Olivia handle being the girl with the ghost hand? Well, she's a little bit morbid and a whole lot snarky.

Her mother thinks her obsession with death, black clothing, and the local cemetery is a bid for attention. But when Marcus, the new guy in Olivia's calculus class, stares at her like she's a freak, Olivia doesn't like it. And when her hand goes rogue, doing things she never imagined possible, Olivia finds herself running for her life with Marcus from a group of men bent on taking the power of her hand for their own nefarious purposes. 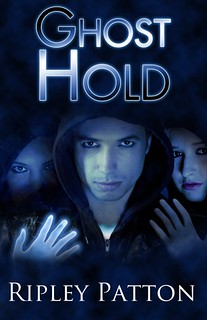 
Buy the book at:
Amazon / Barnes and Noble / Kobo

Blurb:
Olivia Black is back.

Only this time she's not the one in need of rescue.

Samantha James, rich, popular, and an award-winning composer at age seventeen, is the next target on the CAMFers' list. In order to convince Samantha to come with them, Olivia and Passion must pose as cousins, blend into the most affluent high school in Indianapolis, and infiltrate a mysterious cult known as The Hold.

Olivia doesn't expect it to be easy, even with the PSS guys backing them up. But what she discovers over the course of the mission will call into question everything she ever believed about herself, her family, and especially about Marcus, the guy she is undoubtedly falling in love with.

Ripley Patton lives in Portland, Oregon with one cat, two teenagers, and a man who wants to live on a boat. She is an award-winning short story writer and author of The PSS Chronicles, a young adult paranormal thriller series.

Ripley doesn't smoke, or drink, or cuss as much as her characters. Her only real vices are writing, eating M&Ms, and watching reality television.


For a chance to win, enter the rafflecopter below:
a Rafflecopter giveaway