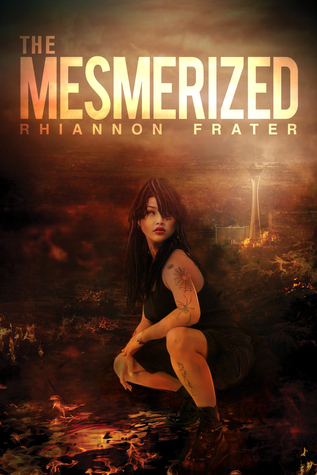 "It is silence, not screams of terror, which proclaims the end of the world…

Minji Nordim is vacationing in Las Vegas with her small family when she witnesses the beginning of a terrifying apocalypse. When humanity is transformed into mindless drones by a terrifying supernatural event only Minji appears to be immune.

Thousands die instantly, but the other affected people are drawn to the Nevada desert. Nothing stands in the way of the mesmerized. Not fire, not heights, not rubble. As the bodies pile in the streets and the relentless wave of the mesmerized plods into the deadly desert, Minji is trapped in a burning city attempting to rescue her affected family.
Can one woman save her family and the world?"

Rhiannon Frater is a a lady who writes the most kick-ass heroines: they are fearless, smart, loyal and strong. True girl power stories. But also, this author is known by her action packed stories about apocalypse and zombies: As the World Dies trilogy is a must read for anyone who claims to be fan of The Walking Dead.

Her latest novel, The Mesmerized, follows that same premise - Minji is a wife and a mother of two little girls who find herself in completely crazy situation during family vacation in Las Vegas. What should have been fun times, turns into fight for her husband's and daughters safety. For some unexplainable reason, Minji is the only one not affected by the same thing that turns everyone around her into zombie like state.
The Mesmerized does start a little bit confusing and you will need to read few chapters before you get captivated by the story, but it only adds up to the general atmosphere of the confusion - Rhiannon Frater makes you walk in the shoes of her main character. You feel what she feels and discover things gradually. Minji is not scientist or special opp, you will not get fancy SF explanations or Mission Impossible fight scenes. Minji's driving force is her mother instinct and love for her family, her only focus is to get them to safety and get her little girl back. That is what makes this book feel real and easy to relate to.

Who should read The Mesmerized? I believe that it would be a perfect choice for fans of Stephen King and similar authors, as well for anyone whoi would like to read something different from their usual picks.