The Dark Divine by Bree Despain 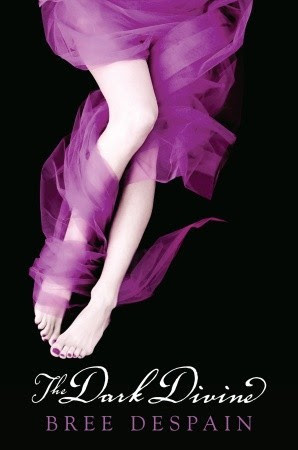 Grace Divine, daughter of the local pastor, always knew something terrible happened the night Daniel Kalbi disappeared--the night she found her brother Jude collapsed on the porch, covered in his own blood--but she has no idea what a truly monstrous secret that night held.


The memories her family has tried to bury resurface when Daniel returns, three years later, and enrolls in Grace and Jude's high school. Despite promising Jude she'll stay away, Grace cannot deny her attraction to Daniel's shocking artistic abilities, his way of getting her to look at the world from new angles, and the strange, hungry glint in his eyes.

The closer Grace gets to Daniel, the more she jeopardizes her life, as her actions stir resentment in Jude and drive him to embrace the ancient evil Daniel unleashed that horrific night. Grace must discover the truth behind the boy's dark secret...and the cure that can save the ones she loves. But she may have to lay down the ultimate sacrifice to do it--her soul.

My dear friends, please let me present you the book that's been on my to-read shelf the longest. I added this book on my list at the times when paranormal was dominant genre and the genre I enjoyed the most. As time passed I changed so did my reading preferences. Now after almost three years it's not a surprise that I didn't enjoy this one as much.

I strongly believe that if I had read this book earlier I'd have enjoyed it much more. But I can't turn back time. So starting here with the Divine family. As their name says it they're divine. But really. The father is a priest and committed to helping community, the mother is perfect housewife (if I remember correctly, but we'll get to my memory) and two angels. Yes literary, they are teenagers but they listen to their parents, are always helping others and my personal favorite - don't swear, as in never. I get that really, I rarely swear as I don't like to hear other females swearing, but if the things that happened to them happened to me, my vocabulary would get out of my hand. From that point this book was everything but not realistic nor I could connect with the characters.

Then we get to the supposed bad-boy of this story Daniel. He used to be next-door neighbor with the Divine family but some things changed in his life and he ended up in different homes which changed him. He isn't the sweet and caring young boy he used to be and that made him real, and actually the reason for my 2 stars is he. I could understand him at the beginning, but later not so much.

With that we get to the main point of this story - wolves. It requires a lot of turning pages until you get to that part but I was waiting for the big beast to show up. And it did, show up, but then everything turned into something that made me roll my eyes. Remember in Twilight when Edward carries Bella on his back and they climb the tree and so on, well I got that here. Needless to say once was enough.

I know I sound like a hypocrite because I'm the person who rated Twilight with 5 stars, but in my defense I was young and naive. If I had read this one when I was 15 this review would have ended with 5 stars.