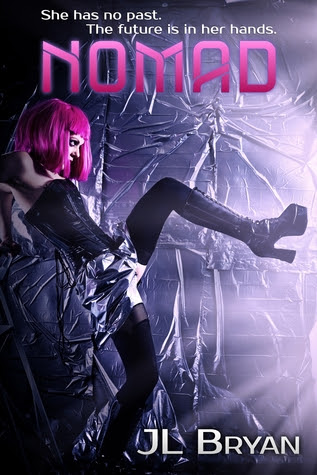 
They took everything: her family, her home, her childhood.

By the age of nineteen, Raven has spent most of her life in the sprawling slums of America, fighting as a rebel against the dictatorship. When the rebellion steals an experimental time-travel device, she travels back five decades to the year 2013. Her plan: assassinate the future dictator when he is still young and vulnerable, long before he comes to power. She must move fast to reshape history, because agents from her own time are on her trail, ready to execute her on sight.


Diagnose Your Dystopia! by J.L. Bryan

Something’s not right with the world.  You know it, you can feel it, and you’re probably going to die because of it.  Congratulations, you’ve just discovered that you live in a nightmarish dystopian future!
The next question: what kind of dystopia?  If you’re going to live, you’ll need to know this stuff.  Fortunately, we’ve assembled a handy checklist to help you diagnose your dystopia.

Total Surveillance State: If they’re watching your every move, including your facial expressions and body language so they can read your thoughts, and eavesdropping on all your conversations...hey, you’re not paranoid, you just live in an Orwellian total surveillance state! Odds are, they’re trying to control all media and information, including changing past records to suit their ever-changing lies. There may be no escape, so your best bet is try and hook up with that hottie from work before the oppressors destroy your mind and soul.  Good luck!

Game Show-ocracy: If you find yourself cast into a game-show-to-the-death with a name like “The Running Man” or “The Hunger Games,” then you’ve entered a world where game shows keep the public complacent.  If you play the game right, you might just topple the evil rulers of your society, but you’ll have to break a few rules to succeed.  If you’re trapped in a game show-ocracy, my best advice is to contact Alex Trebek from Jeopardy!  That guy has all the answers.

Happy Dystopia: Hey, maybe things aren’t so bad.  Maybe in this Brave New World society, the rulers encourage sex, drugs, and other completely harmless entertainments to keep the population busy and content.  You can try to whip up a rebellion if you want, right after you take your happy pills, eat your chocolate, get a pedicure and a massage...maybe have a nap...is this really a dystopia?

The State of Weird Ideas:  Is everyone forced to wear pink bunny hats at all times?  Or perhaps the letter “Q” is forbidden by law?  Sounds like you live in a world where a completely loopy-fruits dictator has come to power!  Your best bet is to play along while it lasts, but if you really want to shake things up, try being even weirder than the law requires.

We hope that this short pamphlet has somewhat enhanced your chances of surviving through this unfortunate dystopian period, and living onto into the even more miserable dark age to come!


In the comments below, you could tell us what kind of dystopia you would prefer, or which kind you would most want to avoid. 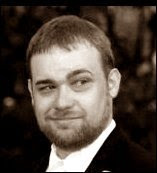 J.L. Bryan studied English literature at the University of Georgia and at Oxford, with a focus on English Renaissance and Romantic literature. He also studied screenwriting at UCLA. He lives in the metro Atlanta sprawl with his wife Christina, where he spends most of his day servings the toddler and animal community inside his house. He is the author of the Paranormals series and the Songs of Magic series.