Me Before You by Jojo Moyes


Lou Clark knows lots of things. She knows how many footsteps there are between the bus stop and home. She knows she likes working in The Buttered Bun tea shop and she knows she might not love her boyfriend Patrick.
What Lou doesn't know is she's about to lose her job or that knowing what's coming is what keeps her sane.
Will Traynor knows his motorcycle accident took away his desire to live. He knows everything feels very small and rather joyless now and he knows exactly how he's going to put a stop to that.
What Will doesn't know is that Lou is about to burst into his world in a riot of colour. And neither of them knows they're going to change the other for all time.

Lemme tell you something... 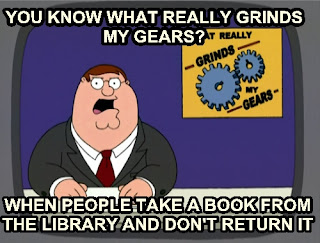 because my friends I've been waiting for this book for months. I could get the ebook in English any time I wanted, but I was looking for translated copy so that mum and friends can read it too. But someone had other plans. So I finally gave up and took the ebook. Luckily the book was worth waiting.

This doesn't fit the typical genre I read, as it's more woman's fiction, but I make exception from time to time. The reason I picked this one was because everyone said it was really emotional and I love emotional books. They were right, as this book is one of those that'll make you cry.

Here we have a story about a girl Lou who has been stuck in every way possible. Stuck in the small town with the small life, whit the same boyfriend for years and in the same room which was getting too small for her. We also have a story about Will who was complete opposite. He lived the life everyone could admire. Being young and successful in his business, having any girl he wanted and going to any adventure he could think of. Until one day everything was taken from him after the car accident. Irony in life is when you take some much risks and then get cut by accident. Now he became stuck too, in wheelchairs and his desire not to live. But they've got a lot of things to learn from each other.

Don't be tricked and expect some great romance novel for the beach, as it's not that. It has some romantic parts, but it's more about life and taking chances and finding yourself. Lou needed to crash the walls that were built around her life and learn how to live. This is a book that will teach you that it's never too late in life, it's never to late to live.

PS. I know it took me while to review this, so sorry Sarika!
Objavio/la Tanja - Tanychy u 00:04