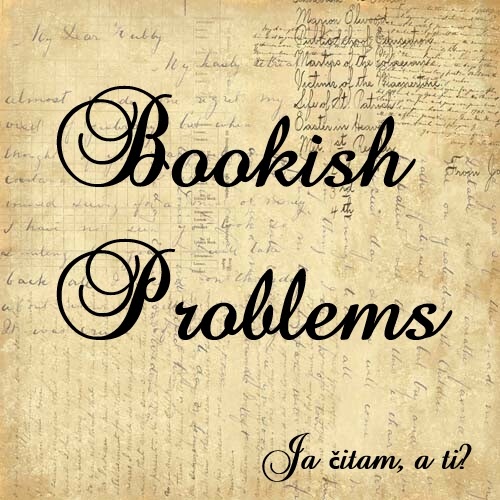 Hiya again. Tanja here. I know we've been struggling to keep up lately, but currently both of us have a lot to do to. But last night I was writing some posts and I got an idea for Bookish problems! YAY. So let's talk about memes.

You have certainly done and if not then seen memes that a lot of us do. So I just wondered what's your opinion about them. I know there is plenty and even some of my friends here (maybe even you) have created one, and technically speaking bookish problems could be a meme if both Glass and I had time for organizing stuff.

But here is my story. When I joined Glass here at Ja čitam, a ti? I started doing different memes to the point where I didn't have space to post reviews because of them. I knew then that it was time to cut out some and I did that. So today we actually do only two. First one which we've been doing for a really long time is Waiting on Wednesday.

That one is also my favorite as I love seeing these posts and adding new books to my TBR list. It's always interesting to see some books you might have missed and this is a really cool way to catch up with new releases. Making them is quite fun too. Glass and I are always checking each other picks and commenting on them. Making plans for buddy reads and so on.

The second meme we do here is The Sunday Post. This one is something we started doing later on but it helped us a lot. Now it's easier for us to organize everything and by the Saturday night we have posts ready and scheduled for the whole next week. It saves you the trouble and you can freely enjoy and read all week long. It helped me organize my reads too as I usually read arcs and review copies in advance.


So that would be our memes! Tell us about yours! Which ones are your favorite and why??