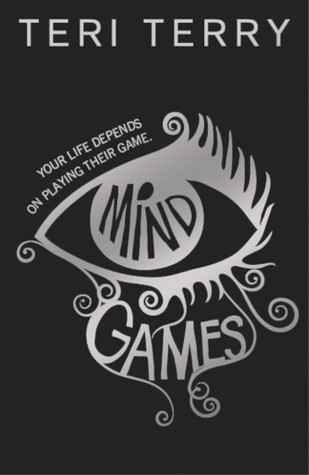 
Luna is a no-hoper with a secret: in a world of illusion, she can see what is real. But can she see the truth before it is too late?
Luna has always been able to exist in virtual and real worlds at the same time, a secret she is warned to keep. She hides her ability by being a Refuser: excluded by choice from the virtual spheres others inhabit. But when she is singled out for testing, she can’t hide any longer.
The safest thing to do would be to fail, to go back to a dead-end life, no future. But Luna is starting to hope for something better, and hope is a dangerous thing...

Welcome to the world after Slated! If you have read that series then you know that back then technology was huge part of everyday life, but here it's taken to the next level, where virtual is everything and real nothing.

Here we are with Luna, a girl who is growing up in a world of illusion, or a world where everything is virtual or for them real. Luna is different as she is Refuser meaning that she didn't take implant and virtual world is not within her. She chose reality and for that she suffers. Her social life the most as she is not only different, but her life story is rather tragic one. All that marked her and now she is trying to live in shadow, just day after day. But you know how it often goes with our special or different characters. They are all but that.

What once again surprised me, as usual with all books that deal with futuristic technology is how it all seems plausible. It's possibility that let's say 100 years from now people will truly live in virtual worlds rather than the one we know as realistic. This book really develops that nicely and even though interesting for me rather scary. With that we have well-developed world and biggest surprise for me was how Teri was able to incorporate her Slated series into this one. It's not a sequel, but it just builds up quite some time after it.

My biggest issue here were characters. They weren't bad or not developed, far from it. But they were rather typical which bored me a bit. I could predict how each of them would act and behave. It's again something that I guess started to bother me because let's face it after reading YA for over 5 years it get's boring. I assume that some less experienced YA readers won't be bothered, and I'm glad for that.

But all in all, greatly built up world and well developed idea.

*ARC of this book was kindly provided by the publisher, Hachette Children's Books, via NetGalley. Thank you! My opinions are personal and unbiased.
Objavio/la Tanja - Tanychy u 00:00