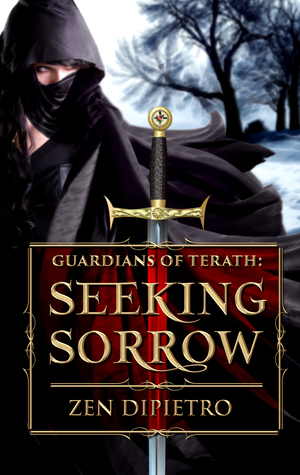 
An earth-like world of high-tech humans faces the reality that their world is not as safe as they thought it was. Five people are thrown together to quietly get to the bottom of an unfathomable mana event that must stay quiet. If the population of Terath becomes aware of the truth, it will spark a civil war. That war would pit the majority of the population against the powerful minority with the ability to harness and manipulate mana. The resulting cataclysm would decimate the population and tear apart the foundation of society.
The five people chosen for this must reconsider everything they thought they knew about mana, even as they learn to trust one another’s abilities. They must embrace everything they never wanted in order to prevent the devastation of their world. One of them will be forever changed. Love will be denied, badassery will be unleashed, and Terath will never be the same.
Even success comes at a price.

Books with futuristic settings tend to be my favorite. Especially those with technology in them, as they seem the most realistic ones. So whenever I get to read a book set in future where technology is so advanced I tend to imagine it as if it was really. It felt the same with Seeking Sorrow.

Seeking Sorrow starts of as really unusual book as it took me some time to get into it and feel it properly and also to get used to the narrators. It's a story about five people who set of to resolve mystery about mana event. In this world there are people who have ability to control and use mana, which is not that common. When due to mana cities start to disappear, they know that they must do everything to stop it as if the word spreads it could lead to the war, which could be fatal for all. Even though not that familiar with each other, their journey will take them to remote places of their world where they will meet not only themselves but also each other.

Besides the setting, which was really interesting to me I really liked how we got to meet characters slowly, at first I had troubles with distinguishing them but later it was easy to follow them. It was also interesting to see how their relationships grow. Another interesting thing to me was how they had to meet themselves first in order to resolve this mystery. It was really nicely build-up.

But I cannot say that this book was without issues. My biggest one, which is why my rating is not higher is that at times it seemed that this story was dragging. It was too detailed at the start that I really couldn't read for long. I had to make breaks every now and then. It picks up later on, which leaves hope that in the next one there won't be issues of that kind.

Zen DiPietro is a lifelong bookworm, a fantasy/sci-fi writer, a dancer, and a mom of two. Also red-haired, left-handed, and a vegetarian geek. Absolutely terrible at conforming. Particular loves include badass heroines, Star Trek, British accents, baba ganoush, and the smell of Band-Aids. Writing reviews, author interviews, and fun stuff at www.womenofbadassery.com. Very active on Facebook, Twitter (@ZenDiPietro), and Pinterest.


Until the next time,