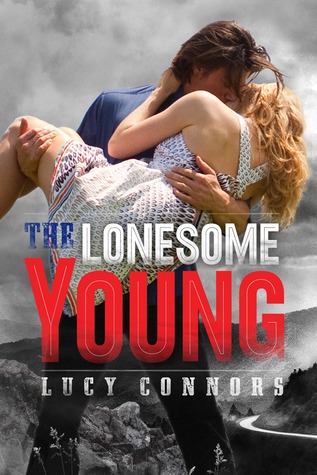 WHAT HAPPENS when the teenage heirs of two bitterly FEUDING FAMILIES can’t stay away from each other?

The Rhodales and the Whitfields have been sworn enemies for close on a hundred years, with a whole slew of adulterous affairs, financial backstabbing, and blackmailing that’s escalated the rivalry to its current state of tense ceasefire.

And now a meth lab explosion in rural Whitfield County is set to reignite the feud more viciously than ever before. Especially when the toxic fire that results throws together two unlikely spectators—proper good girl Victoria Whitfield, exiled from boarding school after her father’s real estate business melts down in disgrace, and town motorcycle rebel Mickey Rhodale, too late as always to thwart his older brothers’ dangerous drug deals.

Victoria and Mickey are about to find out the most passionate romances are the forbidden ones.

. . . ON A POWDER KEG FULL OF PENT-UP DESIRE, risk-taking daredevilry, and the desperate actions that erupt when a generation of teens inherits nothing but hate.

Juliette now knows she may be the only one who can stop the Reestablishment. But to take them down, she'll need the help of the one person she never thought she could trust: Warner. And as they work together, Juliette will discover that everything she thought she knew-about Warner, her abilities, and even Adam-was wrong.

In Shatter Me, Tahereh Mafi created a captivating and original story that combined the best of dystopian and paranormal and was praised by Publishers Weekly as "a gripping read from an author who's not afraid to take risks." The sequel, Unravel Me, blew readers away with heart-racing twists and turns, and New York Times bestselling author Kami Garcia said it was "dangerous, sexy, romantic, and intense." Now this final book brings the series to a shocking and climactic end.