Blog Tour: Mission One of Auggie the Alien by Leah Spiegel and Megan Summers 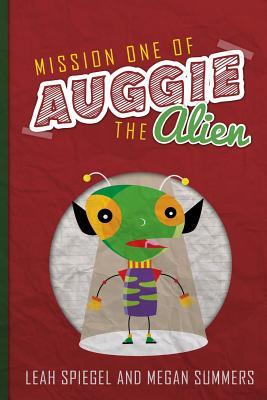 
This is the humorous story of a 4th grader, seen through the eyes of a human hybrid alien child, sent to Earth to study our culture - to see if they could coexist with the humans. Auggie has to try and understand 4th graders slang, body language, and the unwritten protocols of the classroom; all in an attempt to blend in. He upsets his teacher, Mrs. Malumrector, who constantly thinks Auggie's trying to get smart with her when getting stupid with her would be counterproductive. Not only does Mrs. Malumrector not get Auggie's literal logic, nor do any of the other students in his class. That is except for Left Hand Chuck who thinks Auggie's hysterical and helps him by teaching him how to use human slang. But if Auggie truly wants to complete his mission of blending in with the other children he needs to cheer for both teams, except if they're losing. He needs to learn not to wear the 'P and the J' with the feet conveniently attached to school because they're for sleeping in only. That ironically enough, Grandpa isn't going to faint from low blood pressure even though his eyes often tend to roll upwards whenever Auggie is speaking. 'Pop-a-Squat' isn't a good name for a dog, even though he's great at it. And under no circumstance is he to bring his pet to school even if his teacher has her own pet there, Emily, another student in his class who is neither a gerbil nor a fish.

I don't read middle grade books that often but every time I do they remind me why I love reading so much. It's always great to see how nicely authors wrap some really important life lessons under the cloak of silly children games and humor. Leah and Megan did just that here.

This is a story about Auggie, our little alien boy. His planet is in danger and people are seeking for a new planet to live on. During their advanced searches they found that Earth is perfect for their needs, so they decide to send Auggie on a mission. His tasks are pretty simple:


While it all seems easy enough, things get complicated easily. Especially when Auggie needs to follow so many complicated rules, which his classes didn't cover.

Not only this story learns how hard it is to fit in (whether you're a human or alien for that matter), but in Auggie's humorous voice you will laugh and enjoy his every moment on Earth. His English might be profound and on a high level, but understanding slang is like unsolvable mystery to him. By the way, why cannot we wear PJs to school. Lame rule if you ask me.

This is a story that will keep you turn pages with a huge smile on your face. You'll enjoy Auggie and his lovely character. It only takes few hours for you to read this but you'll be entertained and happy all day long. 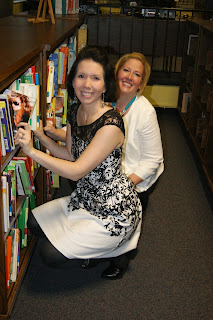 Although we moved down to North Carolina several years ago, we're originally from the Pittsburgh area. (That's why a lot of our characters either live in the Burgh or reference our hometown football team, The Pittsburgh Steelers.) And yes, we even have the Southern accents to show for it now. Although Megan's is considerable thicker, Leah still can't understand the locals.
We are known as 'the sisters' among our neighborhood; when actually we're probably reallyknown as 'the sisters with the Yorkies'. Our pups, Skippy Jon Jones and Captain Jack Sparrow, were given long names to compensate for their small size but not their large personalities.
If Leah's not glued to her electronic devices, AKA her Kindle Fire and various laptops, you can find her training 'the attack dogs', running on the treadmill while conceiving the next great book idea with the Dave Matthews Band, Muse, Florence and the Machine, Lorde, The Lumineers, and Pink (just to name a few) blaring out of her earphones.


If Megan's not glued to her electronic devices AKA her iPad and Nook Color, you can find her teaching fourth graders, swimming marathon style at the pool, or cuddling with 'the attack dogs' as she watches Duck Dynasty, Gold Rush, Scandal, Person of Interest, Morning Joe, etc.
Leah graduated from Edinboro University with a BA in Art Education. Megan received her teaching degree from Edinboro University and Masters in Curriculum and Instruction with an emphasis in Technology from Grand Canyon University.
Author's
Website / Facebook

Until the next time, crocodile