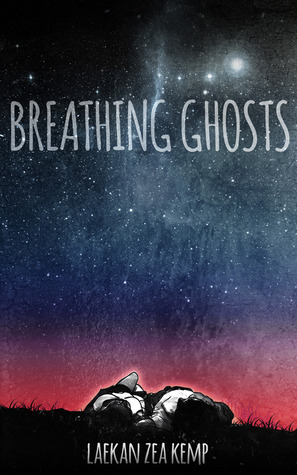 
She is a winding cosmos, bleeding and bursting into night. She is a dream. She is dead.

River has just lost the one thing that matters most to him—Nia—and all she's left behind is a pile of scribbled love notes detailing their past and a pin-holed map planning out their future. Hopes and dreams confined to one dimension now that she's gone and River’s too afraid to leave his hometown, crippled by the same anxiety that’s plagued his mother for as long as he can remember.
But after a strange encounter with the only girl he ever loved a week after laying her to rest, River, armed with nothing but her map and his memories, decides to finally leave and never look back. And with the help of a pair of eccentrically named siblings as well as a mutt with three legs, he sets out to do the very thing Nia always knew how to do better than he ever could—live.
From the moonlit beaches off of Florida's east coast, to the forests of Mississippi, to Bourbon Street, Cadillac Ranch, and the Arizona desert, River is faced with not only Nia's ghost but his own and he learns that in life there are no accidents, only miracles.

When I got asked to read and review this book, not in my wildest dreams did I expect to enjoy this read so much. From the blurb you get to see that this is a story about a boy and a girl, but then girl dies and boy's heart is shattered.

First we get to meet River. A young boy, who grows up in dysfunctional family, having to work to bring some food to his house. His father is abusive one and his mother is scared of leaving him. So they're both stuck. It was all hard to take and you must feel for this boy, but he had that light in his life. He had Nia. A girl that was everything to him, his soul mate and someone who made him forget about all his problems. Until one day she was gone, too. All their dreams about future and ruining away were shattered. Only thing that's left is pain, unbearable pain and a map. A map with their future on it. So he decides to go and chase their dream alone. Soon enough he gets company, but he cannot find Nia. How will he live without her?

As Nia's death occurs at beginning stages of this story my heart broke into little pieces then. You get to experience all River's feelings and you cannot but hope that he will find his safe heaven somewhere. His grief is eating him and he doesn't know how to deal with it. I wanted to hug that boy so hard.

I loved the way this book was written. So beautiful and while many things aren't said, they're simply shown. Only problem, so to say, here I hard with the ending of the story. It's an open ending which I didn't like. I wish I could see a glimpse of hope for River somewhere. But then again this is a story about journey not the end.

***NOTE: A copy of this book was kindly provided by the author - Leakan Zea Kemp. Thank you.
I'm not paid for writing this review - I do it as a lover of written word. All opinions are personal.
Objavio/la Tanja - Tanychy u 00:00