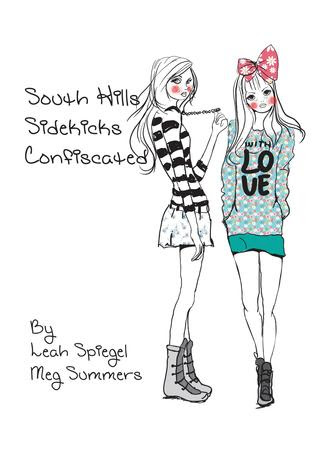 Investigating is not really Alley’s thing; however it is her best friend Val’s. So when Alley gets an unexpected phone call in the middle of the night from Val explaining that another one of her crazy plans has backfired, Alley springs to action to save her best friend once again. Alley doesn’t understand Val’s fascination with trying to figure out who the next student popping pills is until someone starts a rumor that it was Alley who had been snooping around for details. In a twist Alley never saw coming, she suddenly faces consequences for whoever started the treacherous lie, and this time the possible suspect is out for blood. With the help of her other sidekicks, they discover who is really calling all the shots and to their horror they realize who has really been taking the drugs.

My luck appeared once more when I became the part of the tour for Uninvited and after enjoying the first book so much you can only imagine how I felt when I found the two remaining books of the series in my mailbox. Over the moon doesn't even start to cover it.

In Uninvited we met Alley who might be me in some other life. She is the witty one who doesn't spend her time only for shopping but at the same time she doesn't judge others for doing that. She might not be the queen bee as her best friend Val but that doesn't stop them from being best friends. This time Val is the one that started some problems with her tries to become a detective. Only this time Shane can't let them go deeper into the case as it might get to dangerous. Ally is aware of that and she tries to let everything go but the trouble has its way of finding her. Soon enough she sees that the things are much more dangerous that any of them believed and once again they must stick together. When you add Shane's hot and cold moments you see that she has had enough of everything. Unfortunately universe is not a really good listener.

It surprised me how much I enjoyed this story, as much or if not more than Uninvited. Alley is growing and she is starting to change from a girl to a woman and trying to get her feelings in order. Others aren't helping her which gets her weaknesses out and that makes her real. Shane at the other hand tries to balance everything and even though he is hot and cold it's because he doesn't know what to do. He is supposed to be the older and smarter one here but he is only a boy too.

This all leaves us with book three - Compromised in which I'll unfortunately have to say goodbye to these lovely characters. I'm not ready to do that just yet though. Some time soon maybe...