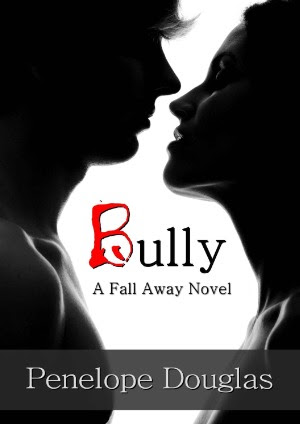 
My name is Tate. He doesn't call me that, though. He would never refer to me so informally, if he referred to me at all.
We're neighbors, and once, we were best friends. But then, one summer, he turned on me and has made it his mission to screw up my life at every opportunity. I've been humiliated, shut out, and gossiped about all through high school. His pranks and rumors got more sadistic as time wore on, and I made myself sick trying to hide from him. I worried about what was around every corner and behind every door.
So I left.
I spent a year studying abroad and bathed in the freedom of life without Jared. Now I'm back to finish up high school and get the hell out of here forever. I'm hoping that after a year of breathing room, he's moved on and forgotten all about me.
But even if he hasn't changed, I have. I'm not interested in avoiding him or turning the other cheek anymore. We're going to go head to head, because neither of us wants to back down.

For a person who goes around blabbing how she doesn't read NA book seeing her review for one is pretty much unexpected I would say. But yeah I tend to have conflicts with my own words and judgments. Luckily I also have Zemira that knows just the right NA book to recommend to me. For that (and many other things) I'll be always grateful.

Here we meet Tate a girl that just came back home with hopes that some things changed and with hopes that she'll have her best friend back. Only he is still the same old himself who tries to make her life miserable. But little does he know that Tate is now different person, she is sick and tired of her tears and trying to fix something that she doesn't even know why is broken. Jared will see a new Tate the one that fights back and the one that demands things, not hoping to get them. As you can assume he is surprised but he believes that no matter what he can break her. Well boy, you have found a decent rival this time.

Now you assume that this is yet another story about boy with issues and girl that is growing and learns how to fight which will lead them to their happily ever after, don't you? I don't blame you as I did too, only this story is more than that. It's a story with amazing characters that will go under your skin and it's also a story with drama, one might say too much of it but the difference is that it's dosed with such carefulness that you'd even want more.

Bully is a story about growing up and not letting only bad things in life define you as there are the beautiful ones that must not be forgotten.