Today I'll present you Transcend Time saga! I hope you'll enjoy the guest post and that you'll meet the characters better. So let's start with the blurbs. 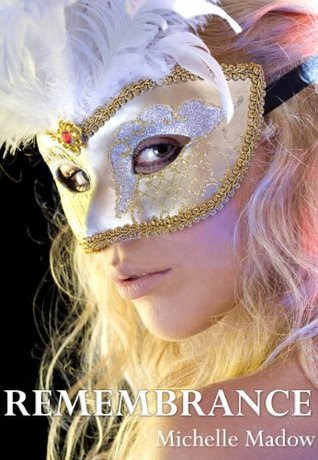 Buy the book at
Amazon / Barnes & Noble / Kobo
The book is only 0.99c at the moment!
Book summary:

Lizzie Davenport has been reincarnated from Regency Era, England ... but she doesn't know it yet.

Then Drew Carmichael transfers into Lizzie's high school at the beginning of the year, and she feels a connection to him, almost like she knows him. She can't stop thinking about him, but whenever she tries talking with him about the mysteries behind her feelings, he makes it clear that he wants nothing to do with her. Reaching him is even more difficult because she has a boyfriend, Jeremy, who has started to become full of himself after being elected co-captain of the varsity soccer team, and her flirtatious best friend Chelsea starts dating Drew soon after his arrival. So why can't she get him out of her mind?

Even though Lizzie knows she should let go of her fascination with Drew, fighting fate isn't going to be easy. 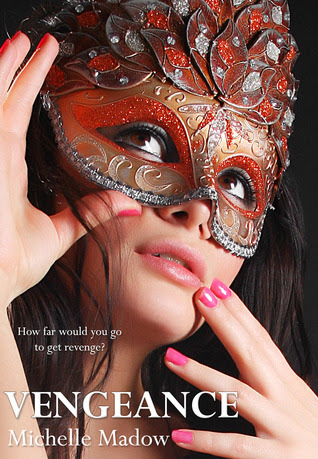 How far would you go to get revenge?

When Chelsea Givens discovered that her ex-boyfriend Drew dumped her to be with her former best friend Lizzie, she'd never felt so betrayed in her life. Then her new friend Shannon tells her she can help set things right. Chelsea's willing to listen, but what Shannon wants her to believe -- that she shared a past life with Drew -- is impossible. And what she wants her to do to get him back … well, it's downright crazy.

Could Shannon be telling the truth? And if she is, what lengths will Chelsea go if it means making Lizzie pay?

Find out in Vengeance, the second part of the Transcend Time Saga.

*Vengeance is the short story that bridges the events in Remembrance and the final novel in the Saga. 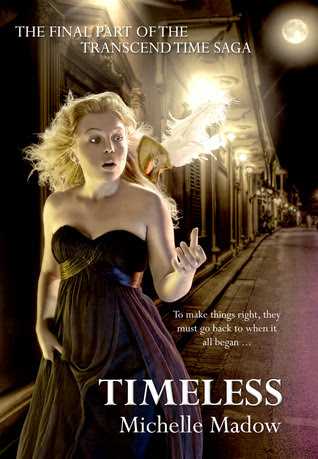 IT'S A RACE AGAINST TIME.

In Remembrance, Lizzie and Drew changed the course of fate so they could be together.

In Vengeance, Chelsea set fate back on its original, deadly path.

Now, strange things keep happening to Lizzie. Things that are omens of darkness to come. A curse has doomed her to die an early death, just as she did in her past life. To make matters worse, even if she can figure out who cast the curse, it's irreversible. There's only one option left for her to save herself. It's crazier than anything she's heard yet, and to do it, she'll need Drew and Chelsea's help.

Because to make things right, they must go back to when it all began ... and Lizzie discovers that the final events in her past life were more sinister than she ever imagined.


Also Transcendence is free on Smashwords!!

As you might recall from Remembrance, Drew has a large bookshelf in his loft full of lots of different books. Here are some of his favorites from his collection.

Because this is clearly one of the best book series of all time.

2) The Song of Ice and Fire series by George R. R. Martin

Drew stated reading these books after watching Game of Thrones on HBO, and it quickly became one of his favorite series’.

3) Along Came a Spider by James Patterson

Drew has read all the books in the Alex Cross series. This is the first one, and it is still his favorite in the series.

A friend recommended he read this before the movie came out. He did, and ended up loving the entire trilogy.

This was Drew’s favorite series when he was in elementary school, and he still has his collection. He specifically loved Say Cheese and Die.

This book isn’t as well known as DaVinci Code or Angels and Demons, but it’s Drew’s favorite book by Dan Brown. (He has read all of Dan Brown’s books).

7) The Stand by Stephen King

Drew has read many of King’s books, but this is his favorite. He liked the end of the world aspect of it.

This is a time travel book, and Drew really enjoyed it. He liked seeing how what happened in the past affected the future.

9) Bringing Down the House by Ben Mezrich

This is a great book based off the real life MIT students who figured out a mathematical way of playing blackjack that allowed them to “beat” Vegas. Drew also loved the sequel, Busting Vegas.

10) The Five People You Meet in Heaven by Mitch Albom

Drew read this book in middle school, and it has always stuck with him.

Drew reads mainly adult fiction, although he will read the occasional YA book if it is highly recommended to him. When choosing a book to read, he veers toward thrillers. His favorite authors are Dan Brown, James Patterson, and Stephen King.