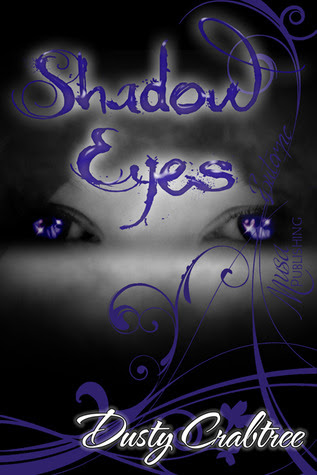 Buy the book at Musa Publishing

Iris Kohl lives in a world populated by murky shadows that surround, harass, and entice unsuspecting individuals toward evil.  But she is the only one who can see them.  She’s had this ability to see the shadows, as well as brilliantly glowing light figures, ever since an obscure, tragic incident on her fourteenth birthday three years earlier.


Although she’s learned to cope, the view of her world begins to shift upon the arrival of three mysterious characters.  First, a handsome new teacher whose presence scares away shadows; second, a new friend with an awe-inspiring aura; and third, a mysterious and alluring new student whom Iris has a hard time resisting despite already having a boyfriend.

As the shadows invade and terrorize her own life and family, she must ultimately revisit the most horrific event of her life in order to learn her true identity and become the hero she was meant to be.

Is it me or paranormal is back on track these days. Recently I've received few request for reading paranormal stories and it's nice to see these around. But let me present you this one.

Shadow Eyes is a story about a girl - Iris. I guess you already assume that her name has something to do with her eyes and it does. She has a beautiful violet eyes. It's not only that they're unusual, which they are, it's also that it brings something into her life. The story has it when she was 14 she experienced a traumatic even and ever since then she was able to see shadows. The shadows that are evil and harass people into doing some really bad things. She can't stop then but she can also see a light that can. She met only a few people with the bright aura that stopped the shadows. But recently she started seeing them more and more plus some really weird things started to happen. Soon enough she is in the middle of the battle and trying to find the truth but only thing that can help her is going back into the past and seeing everything with the different eyes.

While I'm happy to see that this is something relatively new in the paranormal world there are few things that stopped me from fully enjoy it. As much as I love mystery and waiting to see the truth at some point it was painful to wait the end of the book to get all the things together. We can say that I can be impatient at times. Still this was a relatively fast and interesting read.

Everyone, don’t forget to enter the rafflecopter below for a chance to win a print copy of Shadow Eyes, your full name in the sequel, and a KINDLE FIRE!