Hello all. Today it's my turn to host Assured Destruction tour and in my post you'll find my review for the second book in series, Script Kiddie, and also you'll have a chance to enter the giveaway! But first a bit about the whole series. 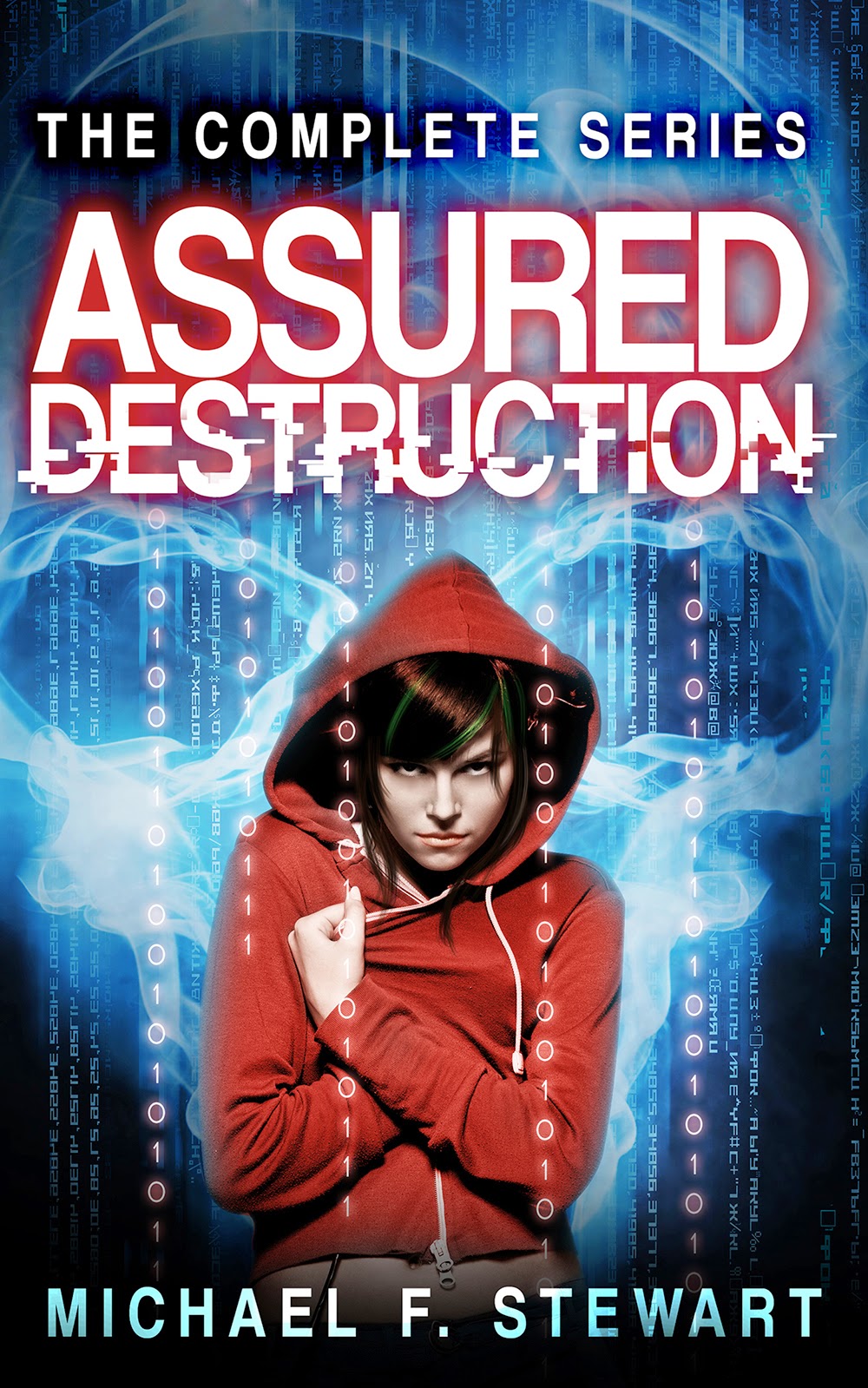 Teenage hacker, Janus Rose, doesn’t care about the moral choices of living multiple lives online, until the real life consequences of her actions enslave her to the local PD’s High Tech Crime Unit, forcing her to become the very creature hackers hate, a spook.
Jan owes the world nothing. Her father left without a word. #BIGSECRET Her mother has progressive Multiple Sclerosis. And Jan juggles the need to complete homework with the need to keep pizza on the table, running the family computer recycling business. Living in an industrial park with crappy Feng Shui, Jan’s pretty sure that the only one she can depend on is herself. Maybe. And yet, just because she knows how to code, people seem to think they can depend on her to save their butts and solve their crimes.Jan does take short cuts. She skirts the shadows of what’s right and wrong. But she has to; if she’s not multitasking then she fails out of school, or the family loses the business, or someone dies ...
It’s a brave new world. Welcome to ASSURED DESTRUCTION.

All books in the series

Like you could see from my review, which was posted yesterday, Assured Destruction is a series very appealing to me. Being in the world of coding and hacking is a true experience and while I did have some issues with Jan in the first book, Script Kiddie changed some things.

After being pulled through hell and back Jan still feels consequences of everything that happened in Assured Destruction. She now has to balance her work for the police with school, business and helping her mother, which turns out to be impossible. As Jan is someone who doesn't give up and fights even when battle seems to be over she puts all her strength into discovering the crime and with all that helping one of her friends. With new hacking world opened to her she is on the role.

I said in my review yesterday that while I admired Jan's abilities as hacker still outside that world she never was that close to me. Gladly, that changed in this book as Jan is more involved in the world around her and now she is able to do good things with her knowledge. I felt closer to her as she felt more human and I was happy to discover some things about her. Another thing is that this book was such a fast read without drags and unnecessary moments, which made my reading much faster. Still there are moments when I felt like too much things are happening at once, but it's good thing that author knew how to wrap-up this story.

All in all, everything in this series is improving, from characters, writing to the emotional part (which still is not perfect, but much better than in the first book). I cannot wait to see how things end up in With Zombies!

After crewing ships in the Antarctic and the Baltic Sea and some fun in venture capital, Michael anchored himself (happily) to a marriage and a boatload of kids. Now he injects his adventurous spirit into his writing with brief respites for research into the jungles of Sumatra and Guatemala, the ruins of Egypt and Tik’al, paddling the Zambezi and diving whatever cave or ocean reef will have him. He is a member of the International Thriller Writers and SF Canada, and the author of the Assured Destruction series, 24 Bones, The Sand Dragon, Hurakan, Ruination and several award winning graphic novels for young adults. His most recent project, The Terminals, has been optioned for television by Sudden Storm Entertainment.

Michael lives in Ottawa, Canada with his wife and four daughters. He tries very hard to keep life an adventure both on and off the page. Please come find me on Goodreads.