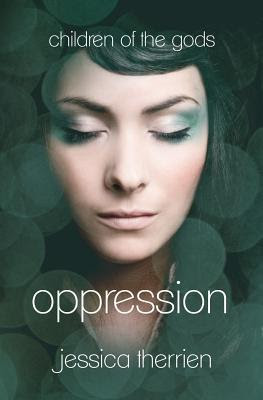 
Elyse knows what it means to keep a secret. She's been keeping secrets her whole life. Two, actually. First, that she ages five times slower than average people, so that while she looks eighteen years old, she's well over eighty. Second, that her blood has a mysterious power to heal. For Elyse, these things don't make her special. They make life dangerous. After the death of her parents, she's been careful to keep her secret as closely guarded as possible. Now, only one other person in the world knows about her age and ability. Or so she thinks. Elyse is not the only one keeping secrets. There are others like her all over the world, descendants of the very people the Greeks considered gods. She is one of them, and they have been waiting for her for a long time. Some are waiting for her to put an end to centuries of traditions that have oppressed their people under the guise of safeguarding them. Others are determined to keep her from doing just that. But for Elyse, the game is just beginning-and she's not entirely willing to play by their rules.

This is one of those books that I've read a while ago but somehow I didn't have time to put my review together. I decided it'd be great to do that as soon as possible. So Oppression is something that stayed in my mind all this time I might add.

There are some books that you know you're going to love as soon as you open them and start reading them. This one was one of those. There was something mysterious about it that kept me turning pages and discovering more and more.

Elyse is our main character here. She is a girl that on the outside seems really normal, she tries to live normal life, but inside she is everything but that. People assume that she is eighteen years old in reality she is over eighty. That she can thank to her ancestors. She is one of the people who are descendants of Greek gods and the blood that flows through their veins give them some special abilities. Only up until recently she thought that she was alone and after the death of her parents it was hard to cope with all that on her own. But soon she meets some people, one group is there to eliminate her and the other is to help here. But sometimes it's hard to know which is which.

Everything about Greek mythology is fascinating at least. Not only Greek but any other so it was interesting to discover some new elements of it in this book. I loved how each descendant had some ability that connected them to certain god. It was great to see that spectra of powers. There is also a really sweet romance involved in this book. It might start as insta-love but later it nicely develops. Beside our main characters I truly enjoyed Sam's character. It was really fun to read some of the scenes he showed up.

All in all, a really interesting take on Greek mythology and I hope I'll get to discover more of this world.