Hey all! Today Escape from Eden stops here. So check out my review and the giveaway and don't forget to check the rest of the tour! 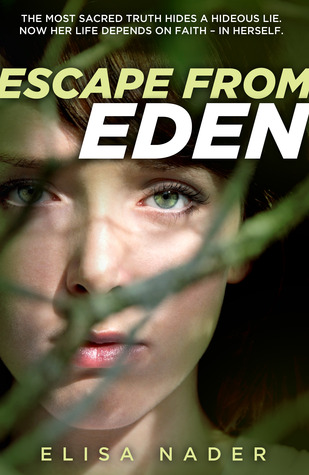 Buy the book at
Amazon / Barnes & Noble
(This book is currently on sale so you can get it for 1.99 on Amazon till Jan 31st so hurry)


Since the age of ten, Mia has lived under the iron fist of the fundamentalist preacher who lured her mother away to join his fanatical family of followers. In Edenton, a supposed “Garden of Eden” deep in the South American jungle, everyone follows the Reverend’s strict but arbitrary rules—even the mandate of whom they can marry. Now sixteen, Mia dreams of slipping away from the armed guards who keep the faithful in, and the curious out. When the rebellious and sexy Gabriel, a new boy, arrives with his family, Mia sees a chance to escape.
But the scandalous secrets the two discover beyond the compound’s façade are more shocking than anything they ever imagined. While Gabriel has his own terrible secrets, he and Mia bond together, more than friends and freedom fighters. But is there time to think of each other as they race to stop the Reverend’s paranoid plan to free his flock from the corrupt world? Can two teenagers crush a criminal mastermind? And who will die in the fight to save the ones they love from a madman who’s only concerned about his own secrets?

Recently while reviewing The Almost Girl I talked about dystopian books becoming realistic and how that scares me. Well, let me tell you this one was truly easy to believe in. You might not think the same but who knows what's happening in those wild parts of the world.

Anyhow back to start. So this book is about Edanton, a place in South American jungle where people are supposed to experience "Garden of Eden" and by that they are given set of strict rules which they must follow. The work for the community and have strictly enclosed space they are kept in. Mia, a girl who's been part of this program since age of ten is starting the question the system and the idea of it. When a mysterious boy Gabriel shows up he finds that the truth is far from what they've been presented. When she sees what in reality they're there to do she cannot do anything different but fight and try to find a way out.

All that with greatly pictured idea of people who are used basically as slaves with the shocking ways of controlling the minds. It was hard not to imagine this all in the wilds of Amazon forest and the whole corruption which seems too real.

What I really liked in this story are unexpected twist which moved the story the right way and which kept the pace and you never knew what's happening next. That and the romance was enough to make me love this story with the addition of realty of the story.

All in all, it's just everything I could ask for in dystopian story. 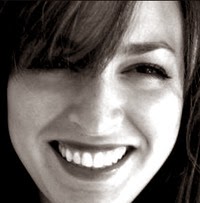 Hi. I’m Elisa. I like cheese and reading and TV show marathons. Writing is scary, but not as scary as, say, Civil War amputations. I’m an Aquarius. Uh… let’s see… I’m not very good at writing my own biography. Or autobiography. I guess this is reading more like a slightly incoherent personal ad.