Hello. As you all know Waiting on Wednesday is a meme created by Breaking the Spine where every week we post about which books we can't wait to read. Here is what we have for you this week. 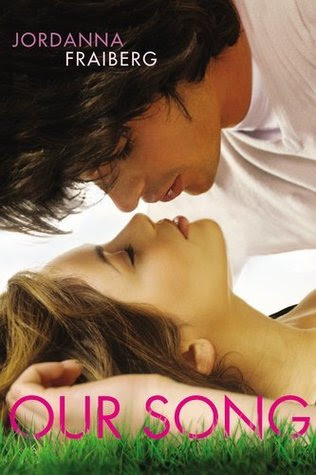 Olive Bell has spent her entire life in the beautiful suburb of Vista Valley, with a picture-perfect home, a loving family, and a seemingly perfect boyfriend. But after a near-fatal car accident, she’s haunted by a broken heart and a melody that she cannot place. Then Olive meets Nick. He’s dark, handsome, mysterious . . . and Olive feels connected to him in a way she can’t explain. Is there such a thing as fate? The two embark on a whirlwind romance—until Nick makes a troubling confession. Heartbroken, Olive pieces together what really happened the night of her accident and arrives at a startling revelation. Only by facing the truth can she uncover the mystery behind the song and the power of what it means to love someone. 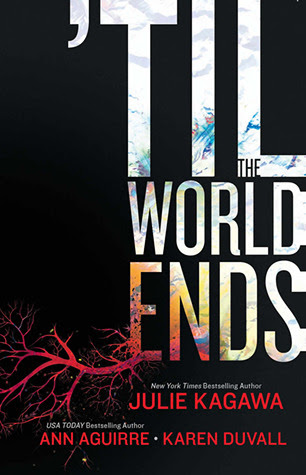 Dawn of Eden by Julie Kagawa

Before The Immortal Rules, there was the Red Lung, a relentless virus determined to take out all in its path. For Kylie, the miracle of her survival is also her burden—as a doctor at one of the clinics for the infected, she is forced to witness endless suffering. What’s worse, strange things are happening to the remains of the dead, and by the time she befriends Ben Archer, she’s beginning to wonder if a global pandemic is the least of her problems...

After a catastrophic spill turns the country into a vast chemical wasteland, those who could afford it retreated to fortresses, self-contained communities run by powerful corporations. But for Mari Thistle, life on the outside—in the Red Zone—is a constant struggle. To protect her family, Mari teams up with the mysterious Thorne Goodman. Together, they’ll face an evil plot in both the underworld of the Red Zone and the society inside the fortresses that could destroy those on the outside... for good.

Sarah Daggot has been chasing storms since she was a child. But after the biggest solar flares in history nearly destroy the planet, she becomes a Kinetic, endowed by her exposure to extreme radiation with the power to sense coming storms—in the cosmos and beyond. And she’s not the only one. Sarah believes the Kinetics are destined to join forces and halt the final onslaught of the sun. She’ll vow to keep trying to convince the one missing link in their chain of defense, the enigmatic Ian Matthews, up until the world ends