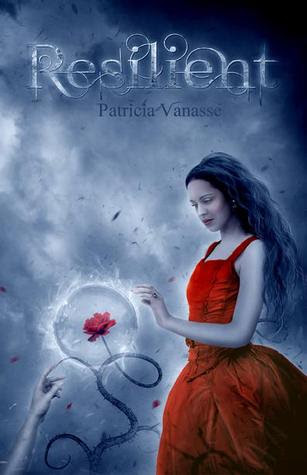 
Livia has never felt like she fits in. As normal as it sounds, Livia is anything but ordinary. She can feel every emotion of every single person around her, and it’s maddening. In pursuit of some psychic quiet, she moves with her family from New York City to Whidbey Island in the lush and sleepy Pacific Northwest. But when a horseback riding accident in her new home gives her a broken leg that heals in a day, she finds that another unexplainable ability has manifested, and her life isn’t about to get any easier.Adam has no problem fitting in and making friends. In fact, he’s the top of the school, the boy everyone knows and loves. However, people only see what he allows them to. No one knows what Adam is truly capable of. After witnessing Livia’s accident, Adam sees something intriguing in her quick recovery, something that gives him hope that he’s not alone.
Adam is the only one whose emotions Livia can’t read. Afraid of not knowing what goes on behind his dark eyes, Livia decides to keep him at a distance. Yet the more she tries to ignore him, the more alluring he becomes, and while their personal quests for identity will inevitably bring them closer together, it is the confirmation of what they really are that threatens to tear them apart.

Ever since I did cover reveal for this book I was really curious about it. It sounded like something new and it's been a while since I've seen something new in paranormal world. Luckily I didn't have to wait long and soon enough I started reading this book.

While everything starts with Livia, a girl who has to move from the New York and leave everything behind and settle in a smaller town - it isn't easy for her. She knows she is capable of doing many things and also afraid that she might not be able to control them. Her biggest fear is that she has no idea what's happening to her nor what new thing can happen tomorrow. Still she promises herself that she will try. Luckily for her she meets Adam, a boy who has supposed to help her with horses but at the same time the boy she shares more than she could imagine.

It all might have started typical with a girl who has is different and then meeting a boy and trying to hide her real power soon enough it started to be different. First with their powers, it was unique for me and I was really curious about the whole story. Also the relationship between the two of them was so sweet that I couldn't help but cheer for them. When everything started to be more intense and when things started to get more complicated I was afraid for them.

Even though this book ends with cliffhanger it only makes me want the next book even more. I can't wait to see more and discover more about the powers and their lives. But above all I need to see what happens with my sweetheart!

Patricia Vanasse was born and raised in Rio de Janeiro, Brazil. Now she lives on Whidbey Island in the Pacific Northwest with her husband, two adorable children, and two crazy dogs. She has been trough Culinary Arts, Psychology, Law School, and now has finally found her passion in creative writing. She also loves traveling, cooking, and is an avid reader. Her strength- believes that everything is possible.