You can see the whole blog tour schedule by clicking on the banner. 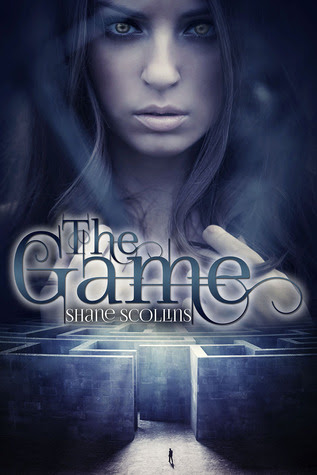 No matter where you are, they’ll find you, and put you in “The GAME”.
Candice Laguna’s life is being systematically dismantled, by an unknown force, for a reason she can’t imagine. But she is about to become the unwilling star of a reality game competition the likes of which has never been broadcast to the world.
Just when things get darkest, a mysterious man snatches her from the grips of doom. He is a man who is not what he appears, and not who he says. He has no name and his motivation to help Candice is not what it seems to be.
THE GAME is a mystery/thriller with an unpredictable paranormal twist. It has action and adventure and plays up the everyday exploitation of reality television obsession gone wrong.

Honestly I'm really used to the YA novels and the writing style so jumping out of that world is sometimes really necessary. This one provided me that. Or the author did. Either way thank you.

If I had to describe my feelings after reading this book - my first reaction would be freaked out. Really this book freaked me out even more than I could imagine. To make things clear that's not a bad thing cause I started thinking a lot. This book is so real but still so unreal at the same time. While it tells you about the things that are all around you and really possible still you can't believe it. We're really the slaves of technology. That generally doesn't have to be a bad thing if you're a god guy but when you get a bad guy against you - well that's another thing all together.

Reality TV is something that became so popular few years ago and everyone started watching Big Brother and other shows. Even now they're popular. But this is a story about a bit disturbing show called The Game. Simple name for the simple game but with complex outcome. Candice is a normal girl, living her life up until one day everything turns upside down. She loses everything, her job, boyfriend, privacy - basically her life. She is in the middle of something she couldn't dream of. She lost control of her own life and there is only one way to get it all straight. To play a game. Soon someone else jumps into all that mess. Someone who knows everything just needs a little reminder.

Needless to say you should mix a bit of paranormal and romance into all that and then you pretty much get this book. This was my first book from this author and I decided to join this blog tour because it sounded interesting enough. I really liked characters and the idea of the story. Maybe it's a bit extreme but that's why it really gets you.

Even though the paranormal thing really works for this story I somehow wish that it stayed realistic till the end. That's the only thing that I could point out as bad. 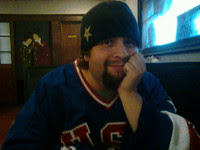 Shane Scollins is a freelance writer and author. Originally from New Jersey, he now resides in Upstate New York with his wife, Heather. He has worked as an automotive service manager, a website developer and a computer network engineer. Primarily a science fiction and paranormal novelist, Shane enjoys taking readers on surprising and unexpected journeys that twist reality. He is currently working on his next book.