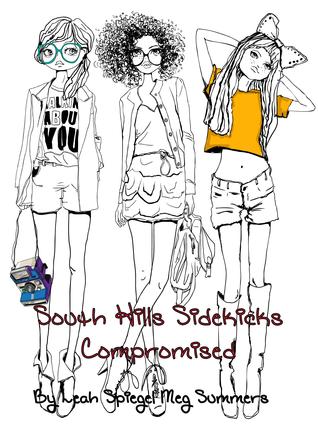 
When Alley gets a message from Salvador Passerotti, the most influential man in the Burgh, for putting his daughter behind bars, Shane takes every precaution he can to protect her. Nevertheless, the other police officers down at the station think the rookie Shane is out of his depth, with Scarface having just posted bond until his trial and decide to partner him with Officer Jeter; a man whose so old school he does everything according to protocol. Meanwhile, Alley has her own drama at school now that the other cheerleaders at Upper East High know that she had a role in bringing down Taylor and their other friends just before qualifying for states. Just when Alley thinks she can’t get a break a mysterious newcomer starts tagging her every move. With the help of her friends, especially Val whose determined to take down the whole mob if she has to, Alley discovers that everyone she trusts has been caught in a web of lies and that all the protection she desperately needs has been compromised.

I've been trying to put together this review for a long time now and while at one hand I truly know how feel about this book I somehow don't want to get all that out cause this series is something truly special to me. Honestly, I believe that we all are unique but how did Leah and Megan managed to create someone who is basically me goes beyond my mind.

With Uninvited I got into this story with not many expectations as I've not been a chick-lit lover myself, but I got delighted by this story and probably the #1 fan. When I first met these famous girls it was so interesting to see a mix of different personalities who care so much for each other. Then we met Shane and well I knew that this was something else. When things got a little bit complicated in Confiscated and the story developed with unexpected twists and turns I knew I was going to love it even more. Then only one question reminded - will Compromised follow the same way?

It most certainly did. The whole complexity of the story and the mysterious moment of it was amazingly done. It wasn't predictable and the whole idea had a great logic in it. Also we get to see character development and the romance between Alley and Shane which melted my heart. It was so deep and innocent at the same time. Truly enjoyable.

Well, I'm well aware that not everyone will love this story as much, but I dare say I'm a bit biased here too. Anyhow this is surely one of my favorite series and I'm going to get back to it sometime in the future for sure.