Hello. As every other Wednesday day we bring you Waiting on Wednesday. Yeah it's a meme created by Breaking the Spine. As always we pick books that we cannot wait to read. So here is what we have for you this week.

To want what you’re not supposed to have…
She is only nineteen.
She is his new stepfather’s daughter.
She is still naïve and innocent due to spending the last three years taking care of her sick mother.
But for twenty-four year old Rush Finlay, she is the only thing that has ever been off limits. His famous father’s guilt money, his mother’s desperation to win his love, and his charm are the three reasons he has never been told no.
Blaire Wynn left her small farmhouse in Alabama, after her mother passed away, to move in with her father and his new wife in their sprawling beach house along the Florida gulf coast. She isn’t prepared for the lifestyle change and she knows she’ll never fit into this world. Then there is her sexy stepbrother who her father leaves her with for the summer while he runs off to Paris with his wife. Rush is as spoiled as he is gorgeous. He is also getting under her skin. She knows he is anything but good for her and that he’ll never be faithful to anyone. He is jaded and has secrets Blaire knows she may never uncover but even knowing all of that…

Blaire just may have fallen too far. 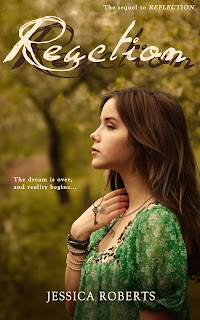 I’ve previously had that in my life, but only once, briefly, a while ago. It was during the time I’d started my first year of college. My own apartment, a new old car, and a life free of deadbeat stepfathers, all of which was fulfilling enough. But if it wasn’t, I also had a best friend, soul mate, and boyfriend all in one. Yes, life was near perfect.
But one stormy night can change everything…
For many months I rested in a prolonged sleep, fighting for my life. Well, more than fighting for it, also dreaming of it. Dreaming of him. Thank goodness, the dream is over and I’m back in the real world now. And all I want is for everything to return to the way it was. But nothing’s the same; most of all, us.
Once again, I find myself at the crossroads of a ruthless battle, this time not for life, but love. Do I fight for the guy I twice fell for, or do I let her take him away?

Rae's always dreamed of dating a guy like Nathan. He’s nothing like her abusive stepfather—in other words, he’s sweet. But the closer they get, the more Nathan wants of her time, of her love, of her...and the less she wants to give.

As Rae’s affection for Nathan turns to fear, she leans on her friend Leo for support. With Leo, she feels lighter, happier. And possessive Nathan becomes jealous.

Then a tragedy lands Rae in the ICU. Now, hovering between life and death, Rae must find the light amid the darkness…and the strength to fight for life and the love she deserves.

We'd like to see what have you picked this week. Feel free to live a link in comments and we'll check it out.