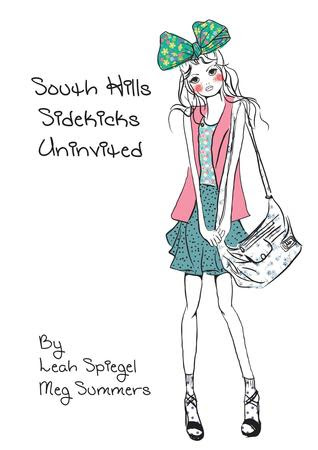 
When Alley started her senior year at Upper East High in the South Hills area, it was supposed to be the usual drag of hanging out with people who spent more on one outfit than Alley did on her entire wardrobe. That was until Kirsten, a girl in their clique, suddenly goes missing and the only people who seem to care are her friends. All evidence leads to the new comer Shane, a cocky and self-pretentious person in Alley’s opinion, but the police seem uninterested so she and the rest of the girls start a little investigation of their own. But they are nowhere closer to finding Kirsten than when they started and now they had the police’s attention; just not in the way they expected. The girls have to start over and discover that maybe it wasn’t an outsider who took Kirsten, but someone within their own clique who has something to hide; a secret that just might have gotten Kirsten killed.

When you look at the cover and read the blurb you know what's the first word that came to my mind - silly. It actually was silly at the times, but besides that it was such a funny read that I couldn't stop laughing and not to mention mysterious which I really didn't expect.

This is Alley's story. She is a girl attending high school, but she is in a bit unusual company. Her best friends are as cliche as they can be. Spending a lot of money on cloths, make-up, etc while Alley doesn't. But still they create a great group of friends. Everything starts like yet another high school year until one day their friend Kirsten disappears. She acted unusually lately, actually since the new guy in school showed up - Shane. Girls easily fell for his charm, but not Alley. She saw him talking to Kirsten just before she disappeared and that made him number one suspect. It was time for girls to do a private investigation and find out what's Shane hiding and who is he actually.

My favorite part of this book were conversations between Shane and Alley. They made me laugh so much and I wanted to hug Alley with every witty word she said. For me she is such a great character and I could easily connect with her. But at the same time Shane is such a great boy and I could easily fall for him. Besides the two of them all secondary characters were great, especially Val, because let's face it we all have that one blonde friend.

For people who usually read chick-lit this book might not be as fascinating to them as it was to me, but for me this was actually a really perfect summer-read and it had everything I could ask for. I can't wait to read more of this. 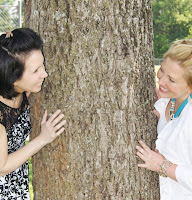 Although we moved down to North Carolina several years ago, we’re originally from the Pittsburgh area. (That’s why a lot of our characters either live in the Burgh or reference our hometown football team, The Pittsburgh Steelers.) And yes, we even have the Southern accents to show for it now. Although Megan’s is considerable thicker, Leah still can’t understand the locals.
We are known as ‘the sisters’ among our neighborhood; when actually we’re probably really known as ‘the sisters with the Yorkies’. Our pups, Skippy Jon Jones and Captain Jack Sparrow, were given long names to compensate for their small size but not their large personalities.
If Leah’s not glued to her electronic devices, AKA her Kindle Fire and various laptops, you can find her training ‘the attack dogs’, running on the treadmill while conceiving the next great book idea with the Dave Matthews Band, Muse, Florence and the Machine, The Lumineers, and Pink (just to name a few) blaring out of her earphones.
If Megan’s not glued to her electronic devices AKA her iPad and Nook Color, you can find her teaching fourth graders, swimming marathon style at the pool, or cuddling with ‘the attack dogs’ as she watches Duck Dynasty, Gold Rush, Scandal, Person of Interest, Morning Joe, etc.
Leah graduated from Edinboro University with a BA in Art Education. Megan received her teaching degree from Edinboro University and Masters in Curriculum and Instruction with an emphasis in Technology from Grand Canyon University.