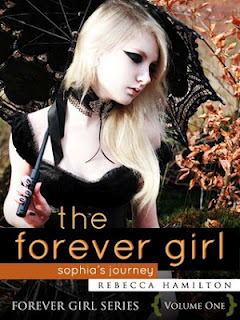 A Cult. A Murder. A Curse.
Sophia's family has skeletons, but they aren't in their graves...
At 22, practicing Wiccan Sophia Parsons is scratching out a living waiting tables in her Rocky Mountain hometown, living under the shadow of her bi-polar mother, religious prejudice, and a cold murder. Sophia can imagine lots of ways her life could be better, but she'd settle for just getting rid of the buzzing noise in her head. The spell she casts goes wrong. The static turns into voices. Her personal demons get company, and the newcomers are dangerous.
One of them is a man named Charles, a centuries-old shape-shifter that Sophia falls for despite her better judgment. He has connections that can help her unveil the mystery surrounding her ancestor's hanging, but she gets more than she bargains for when she finally decides to trust him. Survival in his world, she learns, means not asking questions and staying out of the immortal council's way. It's a line she crossed long ago.
If Sophia wants to survive the council and save the people she loves, she must accept who she is, perform dark magic, and fight to the death for her freedom.
The Forever Girl is a full-length Paranormal Fantasy novel that will appeal to lovers of paranormal romance, urban fantasy, witches, vampires, ghosts, paranormal mystery, and paranormal horror.

First I want to thank Rebecca for sending me this book, and I must add that that didn't affect on my rating.

It's simple about this book. If you like vampires, paranormal creatures (as much as I do) you'll love this book. You'll be surprised with a whole new level of difference between vampires. Before I started reading paranormal books I thought OK vampires are vampires and that's it, but in some books (like this one) I discovered the whole new structure of paranormal world.  It's impressive to me. I mean you have to be creative to accomplish that and I like creative stuff. Here I especially liked the whole elements story (air, water, earth, fire and spirit).

When it comes to the story you'll meet young girl Sophia. She is 22, luckily not 16-year-old high school girl, because it's easier to relate with somebody who is closer to your age. She is strong character and she knows how to deal with some things on her own. Although, later she will hesitate about some things but you can't blame her  after everything that happens. On the other side we have one guy, he is Charles and he is THE guy (If you know what I mean *wink*). After meeting Charles she will find answers on some of her questions and also discover the whole new world. One more thing I really like is connection in this book, between past and present and between two completely different worlds.

Now I can't wait to read the next book in this series, which will be out in June. So all in all, if you like paranormal books with action in it then this book is for you.