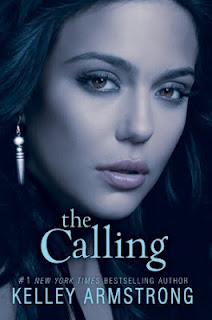 Maya and her friends--all of whom have supernatural powers--have been kidnapped after fleeing from a forest fire they suspect was deliberately set, and after a terrifying helicopter crash they find themselves pursued by evildoers in the Vancouver Island wilderness.


I won't post my review here as it contains spoilers but you can find it on Goodreads. Just click on this review


For all those reasons my rating is

Anyway, I just wanted to share something with all of you who like this series. As you all know this series is connected with Darkest Powers.
So apparently all short stories from  Darkest Powers trilogy are put together and  published as an ebook called Darkest Powers Bonus Pack.
Another think that bothers me is another short story. It's story with different characters but still connected with this whole story. First short story is called Kat and you can find it on that link, while second one called Hunting Kat is not free.
I don't have problem when authors continue some story by publishing sequel, when it's whole book of course, but when they are publishing all those short stories then I have problem. Especially when they aren't free.
If you are wondering why I'm reading this series when I have problem with all that the answer is simple because I really liked Darkest Power trilogy.
I just hope that this all will end with last book of this trilogy.