Blog Tour: A Draw of Kings by Patrick W Carr

Hello all. Today I'm hosting a blog tour for A Draw of Kings by Patrick W Carr. I hope you'll enjoy the excerpt and don't forget to enter the giveaway. 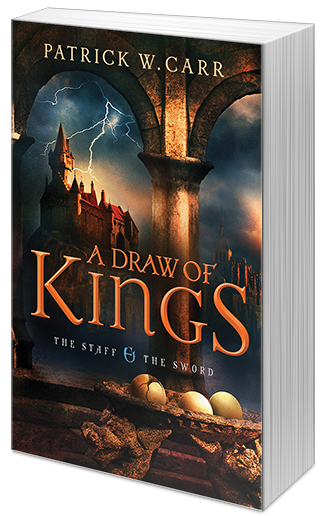 
Their journey to Merakh should have made Errol and his companions heroes of the realm. Instead, much is changed on their return. In the wake of the king’s death, Duke Weir is ruling the country–and his intentions are to marry Adora to bring an heir.With Errol and the others imprisoned and the identity of the rightful heir to the throne still hidden in secrecy, Illustra is on the verge of civil war–and at growing risk from the armies of Merakh and Morgol.A dangerous mission to free Errol succeeds, but the dangers facing the kingdom are mounting with every passing moment. The barrier has fallen, ferals are swarming toward the land, and their enemies draw near. Will the revelation of Illustra’s next true king come in time or will all be lost?


Less than an hour after Errol entered the postulate’s cell, the door opened to admit Beneﬁce Dane, his blue eyes glittering with malice, his grin splitting the face under the crop of red hair, showing full white teeth. “I see you are surprised to see me, boy.” Dane gave Errol an indulgent smile. “There are pressing duties that require our attention.” He gave a theatrical shrug. “Alas, the business of the church compels us to ever greater eﬀorts on her behalf.”Errol didn’t rise, but despair bubbled behind the mask he made of his face. No trace of reason or pity marked the beneﬁce’s demeanor. Only the fact Duke Weir hoped to use Errol in some  way kept him alive.Dane crooked a ﬁnger at the door, where two hooded ﬁgures waited. They entered, knives drawn.
“I ﬁnd myself in your debt, Earl Stone,” Dane said. “Your return to Erinon has bolstered my argument before the duke that every remaining member of the Judica and the conclave should be tested for their loyalty.”Errol forced himself to speak past his revulsion. “It is unlawful for the church to cast against its own.”Dane’s smile grew. “It was unlawful, true, but it seems that Duke Weir’s ascension has provided those who remain in the Judica the motivation required to change the law.” He neared until Errol could smell the sour wine on his breath. “Once those remaining in the Judica and conclave have passed their test, we will turn our attention to hunting down the pretender.”Pretender?  Someone else had laid claim to the throne? “Who is it the duke fears so much?”Dane shrugged away the question. “We have not yet discovered his identity, but when the purity of the conclave is established we will ﬁnd him, along with those of the watch who think to support him, and root them out of their hiding places.”Errol coughed to hide his surprise. Dane didn’t know the results of Luis’s cast. More, Liam must have survived Weir’s coup.With a snap of his ﬁngers, the beneﬁce signaled the men in hoods, who disappeared into the hallway and then returned, each carrying a large crate of pine blanks. Errol sighed. Dane meant to cull the Judica and the conclave without delay, but it would take days to cast so many lots.The beneﬁce pulled several sheets of parchment from his robes and showed the ﬁrst one to the hooded men, who nodded and began carving, their hands moving with the ﬂuid motions of those who’d exercised their art for years. Desperation welled in Errol. If Weir and Dane felt compelled to test everyone, there must be some remnant still loyal to Illustra, men willing to risk their lives to save the kingdom from Weir.Errol could not allow the cast to proceed. That they used him at all meant that even these two readers were not completely trusted. Could he turn the duke’s distrust to his advantage? Possibly. If he refused to verify the cast, Dane would be less than sure of the results and only a fool killed his allies.He looked up to see the beneﬁce eying him with amusement. “We hold the princess. Failure to cooperate would prove . . . unpleasant.”Inside he raged. Dane held his aid captive. Once the Judica and conclave were tested, the duke would force him to conﬁrm the read for Liam’s location. There had to be something he could do. Adora would never forgive him if he sacriﬁced the kingdom to save her.If he sacriﬁced her to save Illustra, he would never forgive himself. 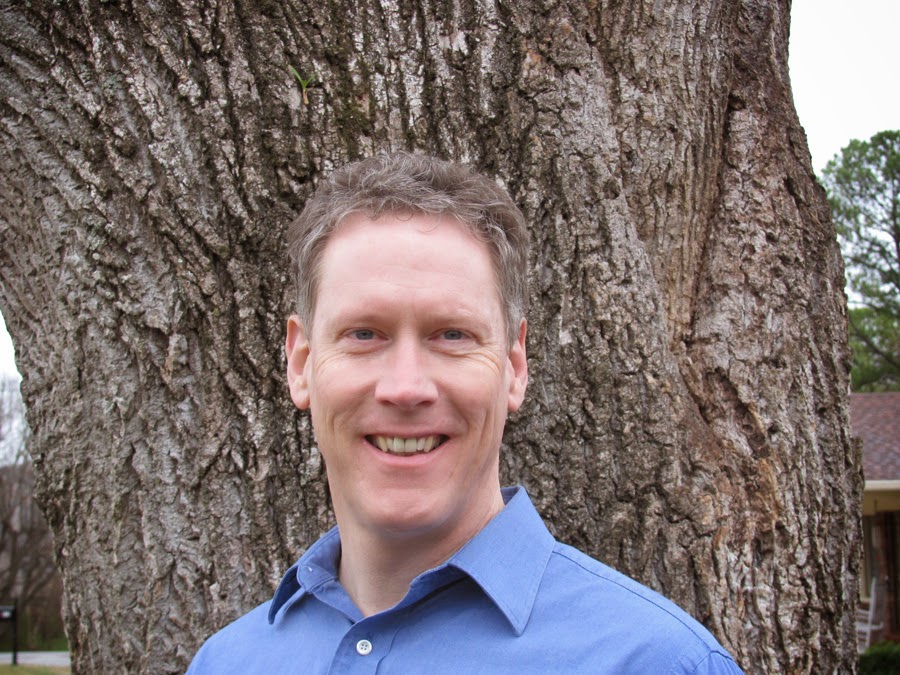 Patrick Carr was born on an Air Force base in West Germany at the height of the cold war. He has been told this was not his fault. As an Air Force brat, he experienced a change in locale every three years until his father retired to Tennessee. Patrick saw more of the world on his own through a varied and somewhat eclectic education and work history. He graduated from Georgia Tech in 1984 and has worked as a draftsman at a nuclear plant, did design work for the Air Force, worked for a printing company, and consulted as an engineer. Patrick’s day gig for the last five years has been teaching high school math in Nashville, TN. He currently makes his home in Nashville with his wonderfully patient wife, Mary, and four sons he thinks are amazing: Patrick, Connor, Daniel, and Ethan. Sometime in the future he would like to be a jazz pianist. Patrick thinks writing about himself in the third person is kind of weird.