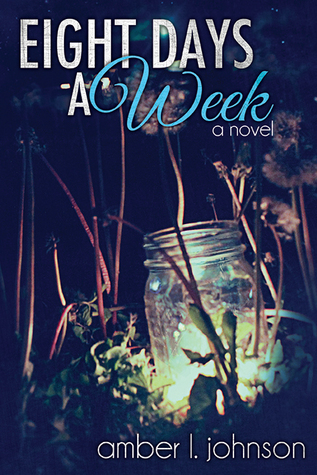 "Gwen Stone has secrets she’s not ready to reveal. After a recent promotion at work, she needs a caretaker for her children. She’s frenzied and in a lurch and pretty much ready to hire the first person who comes along. So she does.

Andrew Lyons needs to get out of his sister’s apartment, and a Craigslist posting may be the answer to his prayers. But what he thought was an ad for a room rental turns into a job offer he can’t refuse. Accepting the nanny position could change his life, if only he had a clue how to be a grownup.

A working mother, a shirtless manny who looks good in a towel, two children who need more than than a babysitter, and hours of kids’ TV can only spell disaster for everyone involved.

Because a manny should always mind his own business.

And he definitely shouldn’t fall in love with his boss."

The Nanny Diaries meets Uptown Girls meets Raising Helen. But instead of a girl as a nanny, you have 26 years old guy who still acts like a kid. Eight Days a Week is second novel written by Amber L. Johnson that I've read so far. Just like Puddle Jumping|, this book is more on the fluff side regardless of how serious topic is. That is no issue at all because this is one of those stories that should make you feel good after you finish reading them. Unfortunately, it has few things that could have been better.

Eight Days a Week is a fun book that will capture your hart with its sweetness and positivity. There are few issues, but still - if you want to read something in short time that will make you feel good, this is a book for you.

*Copy of the book was provided by publisher, The Writer's Coffee Shop, via NetGalley in exchange for an honest review.*
Objavio/la Glass u 00:00